Curtiss and Porte’s plans were interrupted by the outbreak of World War I. Porte sailed for England on 4 August 1914 and rejoined the Navy, as a member of the Royal Naval Air Service.

Appointed Squadron Commander of Royal Navy Air Station Hendon, he soon convinced the Admiralty of the potential of flying boats and was put in charge of the naval air station at Felixstowe in 1915.

Porte persuaded the Admiralty to commandeer (and later, purchase) the America and a sister craft from Curtiss.

This was followed by an order for 12 more similar aircraft, one Model H-2 and the remaining as Model H-4’s.

Four examples of the latter were assembled in the UK by Saunders.

All of these were similar to the design of the America and, indeed, were all referred to as Americas in Royal Navy service.

The engines, however, were changed from the under-powered 160 hp Curtiss engines to 250 hp Rolls-Royce Falcon engines.

The initial batch was followed by an order for 50 more (totaling 64 Americas overall during the war).

Porte also acquired permission to modify and experiment with the Curtiss aircraft. The Curtiss H-4s were soon found to have a number of problems; they were underpowered, their hulls were too weak for sustained operations and they had poor handling characteristics when afloat or taking off

One flying boat pilot, Major Theodore Douglas Hallam, wrote that they were “comic machines, weighing well under two tons; with two comic engines giving, when they functioned, 180 horsepower; and comic control, being nose heavy with engines on and tail heavy in a glide.”

The Felixstowe F.2A, the first production seaplane, and the basis for future development. At Felixstowe, Porte made advances in flying boat design and developed a practical hull design with the distinctive “Felixstowe notch”.

Porte’s first design to be implemented in Felixstowe was the Felixstowe Porte Baby, a large, three-engined biplane flying-boat, powered by one central pusher and two outboard tractor Rolls-Royce Eagle engines.

Porte modified an H-4 with a new hull whose improved hydrodynamic qualities made taxiing, take-off and landing much more practical, and called it the Felixstowe F.1.

Porte’s innovation of the “Felixstowe notch” enabled the craft to overcome suction from the water more quickly and break free for flight much more easily.

This made operating the craft far safer and more reliable.

The “notch” breakthrough would soon after evolve into a “step”, with the rear section of the lower hull sharply recessed above the forward lower hull section, and that characteristic became a feature of both flying boat hulls and seaplane floats.

The resulting aircraft would be large enough to carry sufficient fuel to fly long distances and could berth alongside ships to take on more fuel.

Porte then designed a similar hull for the larger Curtiss H-12 flying boat which, while larger and more capable than the H-4s, shared failings of a weak hull and poor water handling.

The combination of the new Porte-designed hull, this time fitted with two steps, with the wings of the H-12 and a new tail, and powered by two Rolls-Royce Eagle engines, was named the Felixstowe F.2 and first flew in July 1916

proving greatly superior to the Curtiss on which it was based. It was used as the basis for all future designs

It entered production as the Felixstowe F.2A, being used as a patrol aircraft, with about 100 being completed by the end of World War I. Another seventy were built, and these were followed by two F.2c, which were built at Felixstowe.

In February 1917, the first prototype of the Felixstowe F.3 was flown. It was larger and heavier than the F.2, giving it greater range and heavier bomb load, but poorer agility.

Approximately 100 Felixstowe F.3s were produced before the end of the war.

The Felixstowe F.5, designed by Lieutenant Commander John Cyril Porte at the Seaplane Experimental Station, Felixstowe The Felixstowe F.5 was intended to combine the good qualities of the F.2 and F.3, with the prototype first flying in May 1918.

The prototype showed superior qualities to its predecessors but, to ease production, the production version was modified to make extensive use of components from the F.3, which resulted in lower performance than the F.2A or F.3. Porte’s final design at the Seaplane Experimental Station was the 123 ft-span five-engined Felixstowe Fury triplane (also known as the “Porte Super-Baby” or “PSB”).

F.2, F.3, and F.5 flying boats were extensively employed by the Royal Navy for coastal patrols, and to search for German U-boats.

In 1918 they were towed on lighters towards the northern German ports to extend their range; on 4 June 1918, this resulted in three F.2As engaging in a dogfight with ten German seaplanes, shooting down two confirmed and four probable at no loss.

As a result of this action, British flying boats were dazzle-painted to aid identification in combat. Felixstowe F5L under construction at the Naval Aircraft Factory, Philadelphia, circa 1920.

The Curtiss Aeroplane and Motor Company independently developed its designs into the small Model “F”, the larger Model “K” (several of which were sold to the Russian Naval Air Service), and the Model “C” for the U.S. Navy.

Curtiss among others also built the Felixstowe F.5 as the Curtiss F5L, based on the final Porte hull designs and powered by American Liberty engines.

Meanwhile, the pioneering flying boat designs of François Denhaut had been steadily developed by the Franco-British Aviation Company into a range of practical craft.

Smaller than the Felixstowes, several thousand FBAs served with almost all of the Allied forces as reconnaissance craft, patrolling the North Sea, Atlantic, and Mediterranean oceans.

In Italy, several seaplanes were developed, starting with the L series, and progressing with the M series.

The Macchi M.5 in particular was extremely maneuverable and agile and matched the land-based aircraft it had to fight.

Ensign Charles Hammann won the first Medal of Honor awarded to a United States naval aviator in an M.5 The Aeromarine Plane and Motor Company built some of the biggest seaplanes of the time in Keyport, New Jersey.

Mr.Uppercu built the factory on a 66-acre site in 1917 and Built the Aeromarine 75 and Aeromarine AMC flying Boats which with Aeromarine West Indies Airways flew Air Mail to Florida, Bahamas, and Cuba along with being passenger carriers.

BOMBARDMENT OF LOWESTOFT AND GREAT YARMOUTH 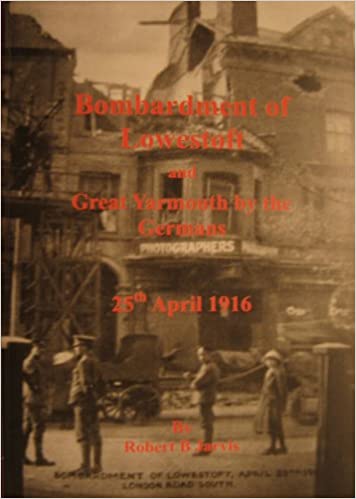 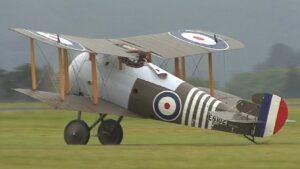 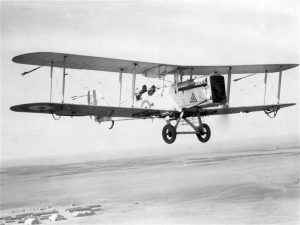